2 YEARS LATER – MY LIVING WALL UPDATE – JUNE 2016: Some of the original succulents are still there. I have also added many air plants because they don’t require any soil and only occasional misting with the garden hose. They are actually perfect for hooking into the mattress. Most of the air plants are still small and some are supposed to change color. Here is what it looks like right now:

A few months ago I dismantled my daughter’s old mattress.  It was too old to give away, so I wanted to see if I could repurpose it. I was playing with the idea of using it as a vegetable trellis or some sort of wall art.  My sister suggested to make a living wall.

The dismantling actually took a little time, longer than I thought.  Then I forgot about it in the side yard and it started rusting.  It looked a lot better once it was spray painted orange.

For the plants, I used some succulents but I think air plants would be great also and maybe some herbs also.  Not sure if there’s a better way, but I cut some pieces of Coco liner (see next picture) to wrap the plants in.  I bought a couple of mixed succulent containers and gently separated the plants.  Then I wrapped them in the coco shell pieces, along with some soil. 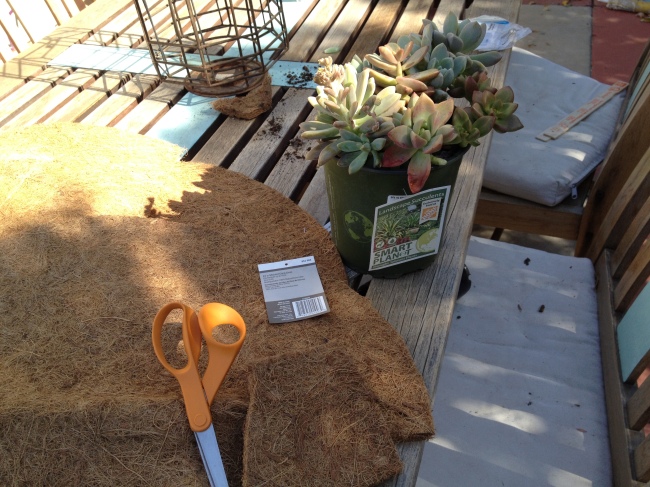 Then I gently stuffed the little wraps inside the springs.

I found the perfect wall space for it by our outdoor dining area.  My veggie garden is right next to it so that should remind me to mist the living wall frequently.   I will probably add more plants down the line but want to see first if these do well. 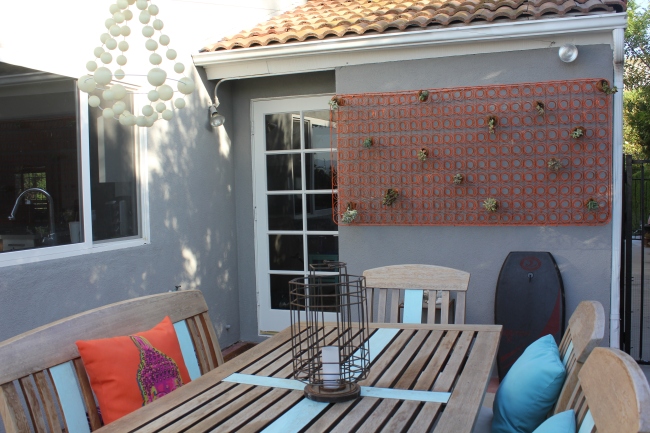 3 thoughts on “Living Wall made from old Mattress springs”